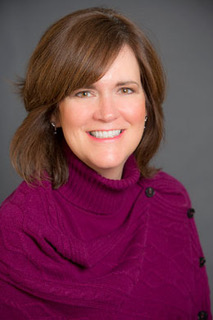 Carol Naughton has been a leader in comprehensive community revitalization for more than 20 years and was a founding staff member of Purpose Built Communities. As President, she is responsible for leading the consulting teams that support revitalizations in 16 cities, as well as the teams currently vetting opportunities in 35 additional neighborhoods. The work she has led has been recognized as uniquely successful by many, including Warren Buffett, Ben Bernanke, the White House Office of Neighborhood Revitalization, the Urban Land Institute, Mutual of America, Wells Fargo, Bank of America, the Education Trust, the Low Income Investment Fund, the San Francisco Federal Reserve Bank and the Secretaries of the U.S. Departments of Housing and Urban Development (HUD) and Education.

Previously, Ms. Naughton served as the Executive Director of the East Lake Foundation, the community quarterback organization that developed and continues to implement the model of community revitalization that Purpose Built Communities is charged with replicating around the country. In this role she helped develop and nurture cross-sector relationships in wellness and education, including the first public charter school in Atlanta. Under her leadership, the East Lake Foundation was recognized by the Urban Land Institute as a Global Award of Excellence Winner in 2003.

Prior to joining the East Lake Foundation, she was General Counsel for the Atlanta Housing Authority where she served as a key member of the leadership team that brought AHA from the brink of receivership to national recognition as a sophisticated, progressive sponsor of affordable housing programs and community development. While at AHA, Carol played a significant role in developing the legal and financial model for mixed income housing.